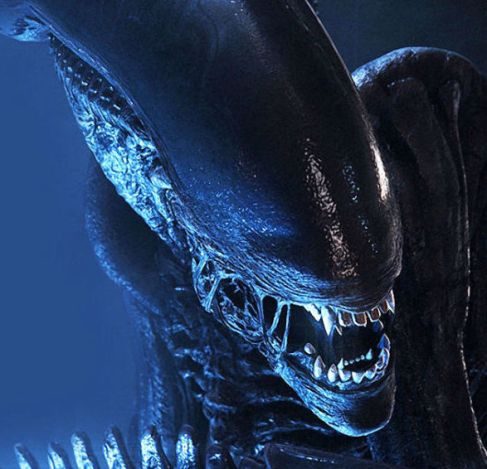 One of Tom Woodruff Jr.’s abiding memories of playing an alien in the Alien movies is sitting alone in a dark corner of an empty set, deserted by the rest of the cast and crew, unable to take his elongated head off and go for lunch.

“It would be horrible,” says Woodruff, the creature effects artist and creature actor who has played various evolutions of the iconic xenomorph alien over the franchise’s long history. “I would just sit there in the dark and think, Oh, if I could just fall asleep. . .”

Bathroom breaks? Also not possible. “There was no opening that would allow, you know, easy access for a bathroom break,” he says, delicately. “Particularly since my hands were glued on, I wouldn’t want anybody else. . . doing it for me. I just don’t have that kind of, um, I don’t have that affection with anybody else, that I would trust to do that, just the right way.”

Nothing has terrorized moviegoers quite like the hellacious space cockroach that came to be known as the xenomorph, first unleashed in 1979. Its adult form is the grotesque embodiment of a nightmare—serpentine, skeletal, sexual—that makes other movie monsters look as cuddlesome as Care Bears. The creature is so terrifyingly effective that it’s easy to forget that, a lot of the time, it’s really just a guy in a suit.

Different guys at different times, of course. In the first film, the xenomorph was played by Bolaji Badejo, a 6’10’’ Nigerian graphic design student who’d been picked up in a pub in London’s Soho. Basketball players, mime artists, gymnasts and acrobats have all been considered for alien parts, as well as actor Peter Mayhew (Chewbacca in Star Wars) and leggy German model Veruschka von Lehndorff.

Woodruff has spent more time inhabiting the aliens of the Alien movies than anyone else. Under legendary effects guru Stan Winston, he worked on the creature costume designs for James Cameron’s sequel Aliens, then graduated to playing the various iterations of the creatures themselves in the subsequent films Alien 3, Alien: Resurrection, Alien vs. Predator and Aliens vs. Predator: Requiem.

Woodruff is an outspoken advocate for the tangible presence of a person in a creature suit. He has much less interest in the CG-generated equivalent. “The audience can just feel it, if is a creature is there in the room. And, someone in a creature suit—there are layers to that. It’s a character. If there aren’t layers to it, it gets very dull pretty quick.”