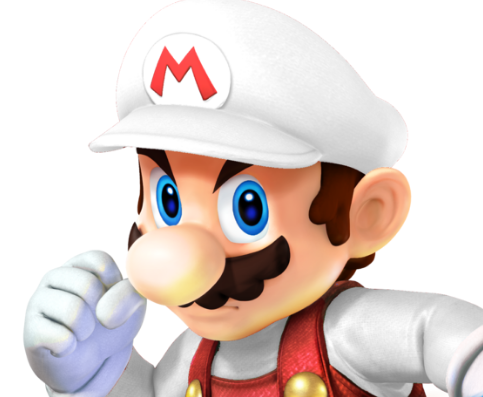 If Beethoven’s Fifth begins, as has been said, with the sound of Fate knocking, the opening notes of the “Super Mario Bros” theme—“Da-da-dum da-dum-DUM!”—are surely the sound of Fun knocking. The staccato ditty was composed to withstand repetitive replays; but, back in 1985, no one would have guessed it’d need to hold up for more than thirty years.

This weekend will see the 30th anniversary of the release of the Nintendo’s “Super Mario Bros,” the video game that ushered in the era of home game that continues to this day. Nintendo is observing the milestone with the release of a new title, the nostalgia-infused “Super Mario Maker.” The essence of the game is allowing players to design, share and play their own levels that look—if not exactly feel—straight out of past “Super Mario” titles.

Sampling selected highlights of these levels, thoughts of inmates running asylums spring to mind: the most popular resemble elaborate Rube Goldberg machines that whisk Mario to the finishing line without so much as the need to raise a pixelated finger. If anything, though, the chaos of “Super Mario Maker” serves to highlight the elegant, streamlined simplicity of the original “Super Mario Bros.”

The side-scrolling platformer was a burgeoning genre in 1985, set in motion by Mario’s own jump-based exploits in Donkey Kong. “Super Mario Bros,” though, was a quantum leap forward.

In fact, so much of what was revolutionary about “Super Mario Bros” can be gleaned in its earliest moments.

Shigeru Miyamoto, Mario’s creator and Nintendo’s auteur-mascot, came to video games with a background in industrial design, and there’s something of the industrial designer’s logic contained in the first moments of “Super Mario Bros” gameplay. When Mario head-butts a block that releases a moving mushroom, the deflecting pipe and floating blocks are positioned in such a way that it’s tricky for Mario to avoid the path of the gliding vegetable and its power-upping powers. It was Miyamoto’s way of “teaching” players that element of the game.

Truly, Nintendo was thinking about user experience more deeply than other game developers at the time. Most crucially of all, Miyamoto had given some serious thought to what gave a game replay value, and decided that the most successful games made the player get mad at himself—not the game. The level of difficulty in “Super Mario Bros” is so perfectly calibrated, so subtly notched up, that the player always feels that they can, of course, beat the obstacle the next time—or the next time. Every time Mario carks it and is catapulted downstage, we linger on the scene long enough to reflect on how easily we might have dodged that fireball or ricocheting turtle shell.

To read the rest of the essay please visit The Economist.