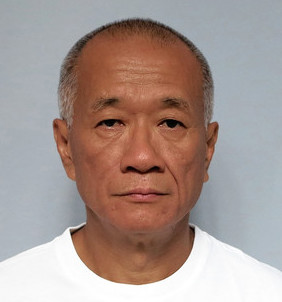 When Taiwan-born, New York-based artist Tehching Hsieh was around 18, he encountered Albert Camus’s essay The Myth of Sisyphus, and something stuck with him. “It was rooted in my head,” he says. “I was aware of the absurdity of Sisyphus’s burden. And his happiness.”

There is a definite suggestion of the Sisyphean in the immense undertakings that Hsieh – whom Marina Abramovic has dubbed “the master” – has submitted himself to in the name of his art. In a series of ‘performances’ (the term seems inadequate) in the late 70s and 80s, Hsieh spent a year confined to a cage in his studio, a year without shelter on the streets of New York City, a year tethered to another artist at the waist by an eight-foot rope. Hsieh has not just devoted his life to his art – he has, in a very real sense, turned his very life into the raw material of his art.

Considering the profound intensity of his work, the 64-year-old man welcoming me into his spacious apartment above a 99c store in Brooklyn appears remarkably light-hearted. Hsieh is profusely apologetic about his hesitant English and has a Peanuts comic strip on his computer screen. “Life is tough,” he says. “But we must all laugh in life.”

Life in this city was particularly difficult for Hsieh in the beginning. He was just 24 when he jumped ship off a Mobil oil tanker in the Delaware River, Philadelphia, in 1974, and took a $250 cab ride to New York. He had arrived to pursue his dream of being an artist, but spent the next four frustrating years washing dishes and mopping up Chinese restaurants.

Finally, though, Hsieh “found my rock to roll up the mountain” – the idea that would become his first performance piece. He tracked down the mailing addresses of prominent artists and critics and, calling himself Sam, sent along his artist’s statement with no further fanfare:

“I, Sam Hsieh, plan to do a one year performance piece, to begin on September 30, 1978. I shall seal myself in my studio, in solitary confinement inside a cell-room measuring 11’6’’ x 9’ x 8’. I shall NOT converse, read, write, listen to the radio or watch television, until I unseal myself on September 29, 1979.”

From the time the performance began to a year later – and apart from a friend arriving to deliver his meals, collect his refuse and take his picture – Hsieh was essentially left alone with his routine and his thoughts.

“I thought about anything I could but mostly was about art,” Hsieh says. “I thought, sat, and walked around in the cage, waited for my meals and ate my meals, scratched one mark in the wall, then the next day everything was started over again. You had to pass one day at a time to survive.”

Despite the initial self-promotion and some 19 days when the studio was open for spectators, there were few visitors. In the midst of New York’s buzzing downtown art scene, little notice was taken of what was quietly unfolding in Hsieh’s TriBeCa studio.

If anything, Hsieh was only inspired to redouble his efforts. Only six months after emerging from self-imposed incarceration, he embarked on another one-year performance that would make the monotony of his first ordeal seem like a walk in the park. From April 11, 1980 to April 11, 1981, Hsieh punched a time clock every hour, on the hour – 8,627 times in 366 days. The punishing schedule meant that he couldn’t sleep or leave his studio for anywhere near as much as an hour for an entire year. More explicitly than in his first performance piece, Hsieh became a captive of time itself.

From April, Carriageworks will display what Hsieh describes as “the tip of the iceberg” of that performance: artefacts and documentation including Hsieh’s worker’s uniform, 366 tell-tale time cards and a film comprised of the 8,627 hourly photographs, in which Hsieh’s shaved baldness sprouts a head of hair that eventually extends past his shoulders.

“It’s an immensely powerful statement,” says Nina Miall, curator of the Carriageworks exhibition. “At a glance, the viewer can take in the full magnitude of the artistic endeavour: the physical and psychological stamina it required, the immense toll it took on the artist, his absolute commitment to completing the task.”

There’s no doubt Hsieh endured considerable strain for the piece. His only escape was symbolic: in his sleep, he says, he fantasised about not being an artist. “The pain had many layers.”

But Hsieh rejects the term ‘endurance’, likewise any suggestion his work reveals a preoccupation with suffering. To him, the suffering was a necessary but incidental by-product of his larger interrogation of the passage of time, his exploration of his own oft-repeated philosophy: “Life is consuming time until die.” Hsieh devoted whole years to his performances because, as he explains, that amount of time forces us, the viewer, “to think what life means.”

It was only after that – as recently as five years ago and some 30 years after the Cage Piece – that New York finally caught up with Hsieh, with showings at the Guggenheim and the Museum of Modern Art. International exhibitions soon followed. At the time of our meeting, he is busy working on a floor plan for a career-spanning retrospective.

Even so, despite looking forward to his first Australian visit, Hsieh says he has never been bothered by any perceived lack of recognition. Nor is he especially moved to now find himself in the belated embrace of the art community.

“If you have faith in the work you do, doing art itself is the reward,” he says. “You cannot control how the work is received or responded. If it gets attention or not, you have to spend time in the way you feel is worthy. I’m still doing what I have been doing all my life: passing time.”

This interview originally appeared in The Australian in April 2014.